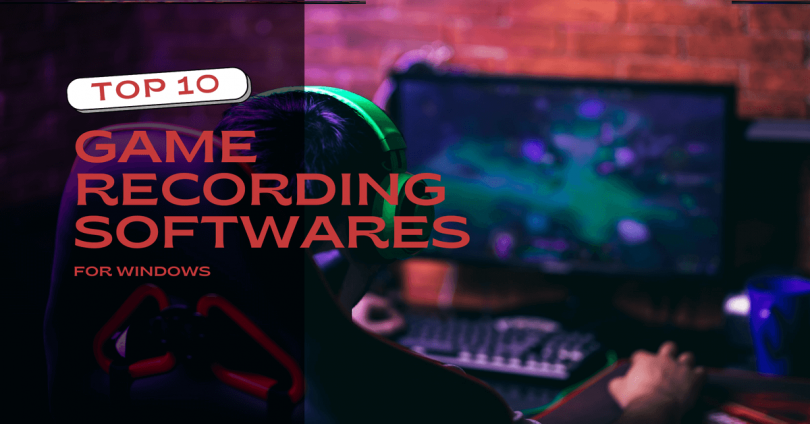 There are many different options when it comes to game recording software for Windows 10. All of these programs offer different features, and some of them have better compatibility than others. That said, you should be able to find the perfect program for your needs if you know what to look for! So without further ado, here is a list of the top 10 best game recording software that is currently on the market:

Wondershare DemoCreator is a good option for those who want to do more than just record videos. This program also lets you capture screenshots and create video slideshows. It has the ability to edit footage in real-time, so you can easily adjust things during gameplay like brightness levels or color filters, without having to stop the recording. DemoCreator also lets you add watermarks and annotations to your videos, making it a very versatile program that can be used for more than just game recordings!

Action is another great program to consider. It has an easy-to-use interface that lets you achieve many different effects with your game footage, such as using filters or adding background music and sound effects. Action’s one drawback maybe its lack of compatibility with some games – the company states on their website that it does not work with all games, so you may want to look for a different program if your game does not work with Action.

Icecream Screen Recorder is a program that offers versatility in its features. It has the ability to record anything on your screen, including games and videos from other sources like websites or social media. This software records at high quality without slowing down your game’s performance – it even lets you choose what resolution you would like the video to be saved as.

XSplit Gamecaster is another program that focuses on recording gameplay. It has some unique features, such as the ability to live stream your game in 1080p and broadcast it to Twitch or YouTube directly through the software. However, if you’re looking for a more simple solution, this might not be the best option for you.

Dxtory is another game recording software for Windows that has some cool features like a built-in video editor. It also provides plenty of customization, such as the ability to draw on your recordings and add effects. Dxtory offers many different ways to record gameplay footage – you can either just capture one window or use its “Area Capture” feature to record the whole screen.

Bandicam is a great choice for those who want to record video games on high settings. It comes with many different recording modes, such as the ability to capture footage at 60 frames per second and even up to 144 frames per second! This program also has features that let you adjust your mouse cursor’s location in real-time while recording – it’s a great choice for gamers who want to create content that includes their mouse cursor.

OBS Studio is a program that can be used for both recordings and broadcasting your gameplay. It has the ability to capture high-quality footage while still keeping it playable on lower settings, which makes it an excellent choice if you’re looking for something compatible with PC games or old computers.

Camtasia is recording software that can be used for both PC games and videos from other sources. It provides some features like adding stickers, text overlays, or digital animations to your recordings. it’s a good option if you want something easy-to-use with the ability to edit footage in real-time.

Nvidia GeForce Experience is a program that’s best used for capturing gameplay footage from PC games. It has the ability to record in high quality, and it also comes with features like Twitch integration so you can share your content with others on social media without having to switch programs or minimize any windows.

ShadowPlay is a game recording software for Windows that’s best used with Nvidia graphics cards. It has some features like live streaming to YouTube and Twitch, but it also offers the ability to use your microphone while you record – something not found in many other programs on this list.

There you have it. The top ten best game recording software for Windows! Use these programs to record your gameplay and share it with friends, family members, or even the world at large. This list should give anyone a great variety of choices when seeking out this kind of software – no matter what type of games they play. Hopefully, there’s a program on this list that’s perfect for you.